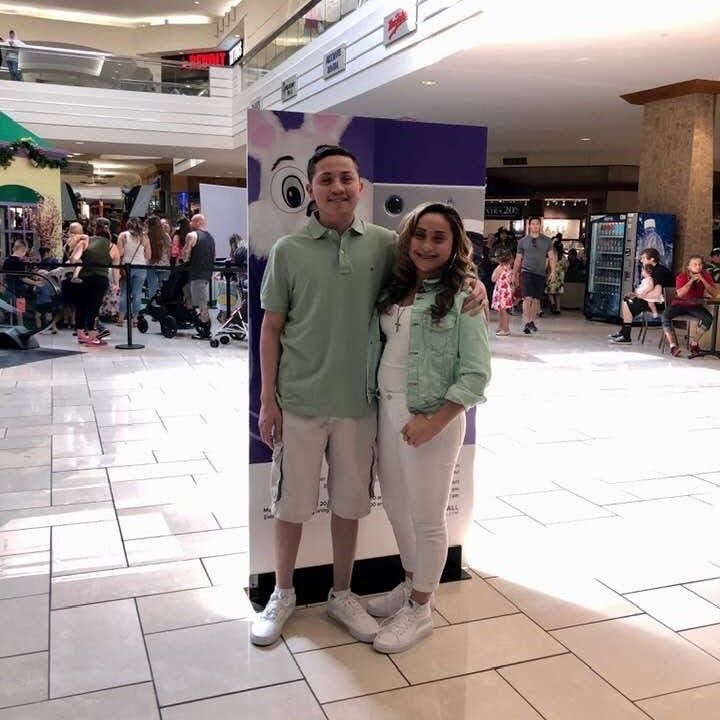 It started with my brother's wrestling match. Jonathon had won four rounds and then lost his very last round. He complained that it was hard for him to breathe and that his chest was in pain. It didn’t subside so we went to the doctor the next day. We were there for what seemed like hours running test after test. I had a weird feeling inside me. I knew this couldn’t just be chest inflammation.

A few days later my parents had received a call from the doctor telling them that they have to rush their son to the hospital. This was all a blur to me. One moment I was walking home, the next I see my parents rushing Johnathon out of the house and driving off.  When IU got into the house my older brother received a call. I was eavesdropping from upstairs. I heard the word cancer and my stomach sank.

It was hard for me to see my brother in the hospital but I always tried my best to not show it. I always put what I was feeling aside and treated him how I always did. Suppressing my feelings was hard though. Whenever I was alone or just went to the bathroom, I would just cry and cry and ask God, “Why would this happen to my brother?” and “Why would you let this happen to him?”

My life became a bit of a routine. I went to school, I went to the hospital, then I went to dance class. I had a dance performance coming up soon.  Jonathon wasn’t doing well though. He had just had chemotherapy and looked very sick. I didn’t want to go to my performance and leave my brother behind in this state. I didn’t go and my mother got so mad because she loves to see me on stage performing. I knew that I was letting her down, but I just couldn’t see myself leaving to go have fun while he was lying in a hospital bed miserable.

There was a point in Jonathon’s treatment that a bone marrow transplant had to happen.  When it came down to us having to get tested to see who his bone marrow match was, I wished that it was me.

I ended up being his match! The doctors said that we were like twins. Everything was a match from our blood to our organs. We headed off to UCLA and that was a hard and long journey. Being underage, I wasn’t able to spend the night at the hospital and my mom couldn't afford to spend money on a hotel, so I went to live with my aunt.  The time came for me to give my bone marrow to my brother and that procedure was nothing how the doctors explained it to me. They said it was going to be a painless procedure but it was quite the opposite. I was in excruciating pain and shortly after that, I had broken my hip.

I was glad I was able to help Jonathon though.  His diagnosis took a toll on all of us mentally and physically but it was all worth it in the end because now my brother is in college and living the life he was meant to.