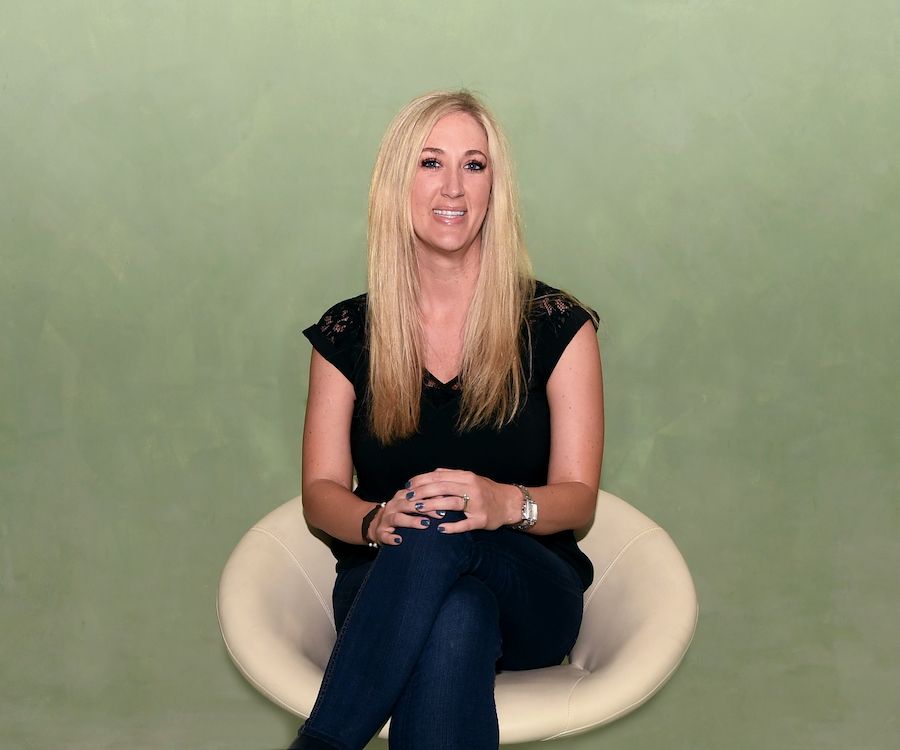 This is the story of Roxanne:

“It was horrible. You don’t even know what to do,” recalls Bobbie Werly.

“Roxanne was in the hospital. You’re praying. You’re crying. My house was never so clean. I had all this nervous energy. I would just vacuum and clean. There’s only so much you can do. That was really hard. I can remember just lying in bed, really late at night, and I would just turn my head and whisper to my husband, ‘You awake?’ and he’d whisper back, ‘Yeah.’”

Now at 35-years old with two young children of her own, Roxanne can relate to her mother’s angst. On April 6, 1986, when Roxanne was not quite three-years-old, she was diagnosed with Acute Lymphoblastic Leukemia or ALL.

“Roxanne had a double ear infection,” Bobbie remembers. “She never had ear infections, so I took her to the doctor, and they wanted to see her two weeks later to make sure it had gone away. When we came back to the doctor, we told him that Roxanne had said her knee had been hurting her. The doctor thought we should do an x-ray, so they did an x-ray and saw that the cancer had eaten away some of the patellar bone in her knee. Later that same day, they had us do some blood work. The doctor had us go and get something to eat. When we came back, he told us she either had leukemia or childhood rheumatoid arthritis. From there, we went right from the doctor’s office to UMC to do a bone marrow biopsy. At that time, they let me in the operating room."

“Dr. Jack Lazerson ended up being her oncologist. He had just gotten into town a couple of days before she was diagnosed and had been at U.C. Davis up in California. He was a top researcher in the world of childhood blood diseases, so he would always have the newest information on what was going on research-wise.”

As the fifth of five children, Roxanne was the baby of the Werly family. Bobbie says that was a blessing. “Being the youngest, Roxanne had all these older kids who would keep her playing and active. The more active they are, the better. The less active kids are, the worse they did with their treatment. But, back then, they didn’t have the chickenpox vaccine, so she couldn’t be around anyone throughout those whole two-and-a-half years of chemotherapy unless we knew them and knew if they had had chickenpox. So, she was active, but we could only have her around kids we knew, and she had a smaller group of friends.”

Roxanne recalls some of her treatment, but mostly she remembers the kindness of the nurses. “The nurses who gave me my chemotherapy crocheted a little bunny rabbit for me to squeeze to build up my veins because they didn’t have ports then. Every time I got a Band-Aid, the bunny got a Band-Aid. I remember the nurses didn’t want to give me chemo as such a young kid, but they did their best to comfort me.”

Bobbie says Roxanne never cried during her chemotherapy treatments or blood tests. “They [the nurses and doctors] would bring adults in to watch her to see how she would do it. She would have tears streaming down her face, but she wouldn’t cry out.”

Bobbie was diligent about tracking Roxanne’s treatment routine. “I bought a calendar, and I logged every single day. I wrote what chemo she had at home and the hospital. I would write when she would throw up and when she wouldn’t throw up; they didn’t have the anti-nausea treatment then. I would write if her legs hurt or gave out. I would write the treatment and the results. That calendar was so helpful because if the doctors asked me a question, I could just go back to it and tell them what really happened and how she felt.”

Bobbie shared those diaries with Roxanne once she was an adult. “She gave them to me when I was pregnant with my second child, and I felt horrible imagining everything she went through. It was right after I read all of my mom’s calendars and notes, that I wanted to give back. We had Scentsy Buddies donated by family and friends to have enough to give to the kids and visit them while they were getting treatments. I talked to the kids about how I had had cancer, and the doctors didn’t think I’d be able to have kids, and now I have a son and a daughter on the way, and I didn’t have any problems getting pregnant. It was good to give them hope and for the parents to talk to my mom. It was good for these kids to see me and think, ‘She’s someone that survived it.’”

Bobbie said when Roxanne was going through treatment, Candlelighters was just getting started. “Candlelighters was fairly new. When Roxanne was diagnosed, Tony [Roxanne’s father and Bobbie’s husband] didn’t want her to be treated differently. He had been a Scout leader and one of his Scouts, a few months before, at just 13-years old had passed from leukemia. And, Tony had a cousin that had passed of leukemia, so he didn’t want to tell anyone. It was just too hard."

“I had someone call me at home and told me about Candlelighters, and I didn’t want to talk to them. I don’t know if I was in denial, or if that call made it more real, but I took the name and number down but didn’t talk to them. Two or three days later, I had a whole list of questions. I called Candlelighters up, and I was in from then on."

“People would come in and talk and help us through the emotional parts of treatment. I can remember being afraid of Roxanne going off chemotherapy. It was really unnerving when it was done. I was scared because the chemotherapy was working, but what if the cancer came back if we stopped? It was all so scary. Candlelighters helped with things like long-distance phone bills, and besides advice and emotional support, there were classes they had so we could understand the effects of the chemotherapy that might hit later on.”

Roxanne says as an adult, she hasn’t had too many late-term effects. “I just have lots of scars. The medicine they gave me has caused some cancerous moles, so I have lots of scars from having them removed. But, scars are like tattoos with better stories. They are like a quilt map of our life.”

“I’m all about being positive,” says Roxanne. “Be hopeful and positive about what life throws you. Just stay positive. I think it actually helps people heal faster to go in with a positive attitude and just go in being ready to fight and not give up.”