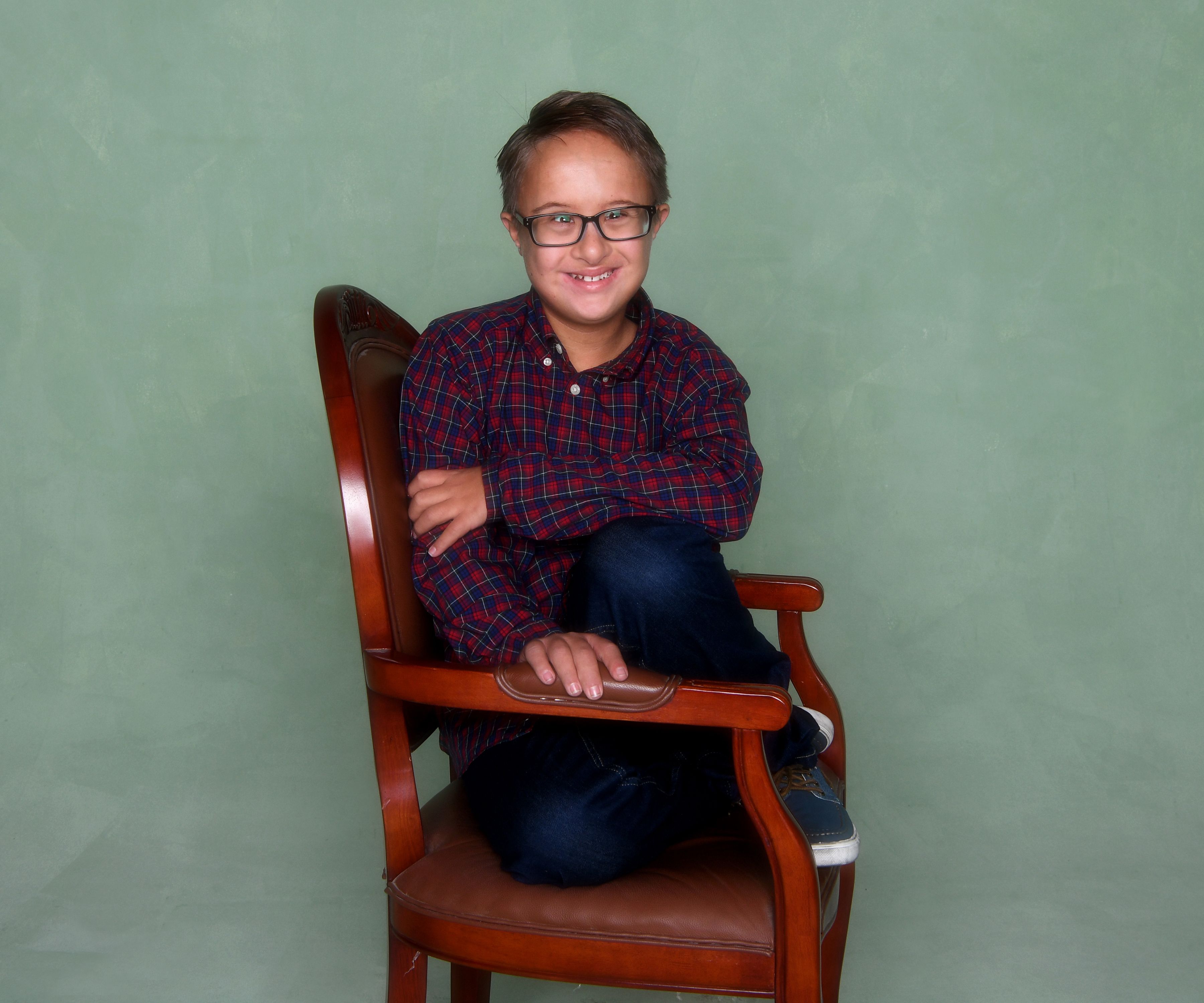 This is the story of Luke:

The baby of five children, Luke was born with Down Syndrome. Neither Luke nor his family has ever allowed his disability to stop him from living his greatest potential. However, they have had to overcome some pretty tough obstacles. In May of 2014, Luke was diagnosed with Acute Lymphoblastic Leukemia or ALL.

Luke’s mom, Barbara, recalls how they received the diagnosis, “Luke had to have a new set of tubes put in his ears, and we’ve had several sets of tubes in his ears because kids with Down Syndrome have smaller tubes, but this time Luke just wasn’t bouncing back. He wasn’t eating well and was lethargic, so we went to the pediatrician.

“The pediatrician said, ‘I don’t understand why you’re here,’ but at that point, he noticed a rash and his tone changed and said we should go get some bloodwork. He said, ‘You need to go tonight, not tomorrow.’ So, we went to the ER, and they took one look at him, took him back for bloodwork and within 45 minutes there was a physician telling me Luke had leukemia. At that point, we stayed in the hospital for a month starting all of his treatments.

“As a mom, I think, you just kind of get in the mode of what do I need to do and how are we going to take care of this,” continues Barbara. “You just think, I have to fix this. I don’t have time to cry and be upset, even though we did our fair share of that too, but you just think how do I fix this.”

Barbara cites their primary oncologist provider at the clinic, Dr. Walsh, the Family’s older children and Candlelighters for helping them get through Luke’s diagnosis.

“I pretty much stayed there every night; he was never left alone. I would come home and take a shower and come back,” Barbara recalls. “Luke having Down Syndrome was a blessing in disguise. Even though he was eight years old, he didn’t fully understand it. He didn’t know what cancer was and still doesn’t know. He didn’t know the severity of what could have happened.”

Despite the pain, Luke faced every treatment and day in the clinic with courage.

“Luke was such a trooper. I can count the number of times that he cried when they accessed his port,” Barbara remembers. “He is so social that he was always visiting with everybody at the clinic and talking to the other kids in the treatment rooms. It’s those types of moments, the little things, that get you through when you see the care and compassion and kindness.

“Sue Waltermeyer was also a big part of our journey. It was important for Luke to feel comfortable and loved when he was going to the clinic. Sue would read the nursery rhyme ‘There was an old woman who swallowed a fly’ to Luke whenever he would access his port, and he was just mesmerized by her voice. She would start to cry when the old woman in the story would start to cry, so Luke would try to comfort her as he’s getting his port. That distraction made such a difference for us in his journey. She is definitely our medical hero.”

Luke bravely pulled through his cancer treatment and is today cancer free and as active as ever participating in baseball, basketball and Boy Scouts. However, Luke’s journey has left a lasting impression on many of those around him.

“He taught me courage, most definitely courage,” Barbara says. “We would know he wasn’t feeling well, but even when he didn’t feel good, he would be smiling and joking and laughing and want to be around everyone. It sounds strange to say his Down Syndrome is a blessing, which it is, by the way – cancer or no cancer; but, for him to not know the severity of what he was facing and to just take it all in stride was a real blessing.”

Luke, himself, is also a blessing for all those who have the privilege to know him.