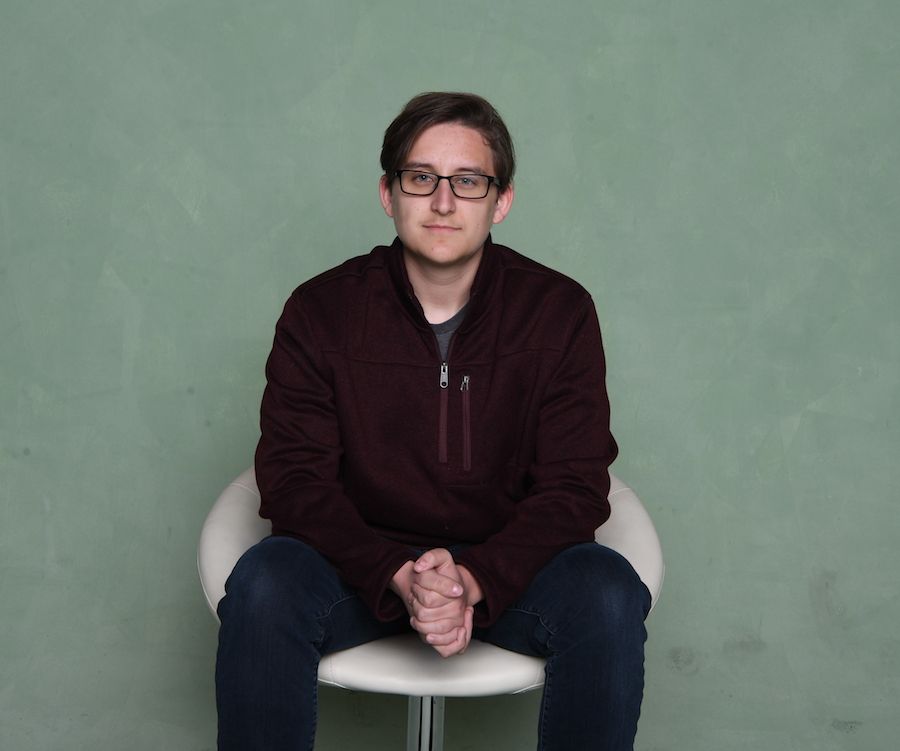 This is the story of Justin:

In early 2009, Justin was just 10 years old. A natural born athlete, even at that tender age, Justin fit the description of what many might describe as “the strong, silent type.” Never one to fuss, he had been complaining to his mom, Tonya, about a stomachache for a couple of days.

At the doctor’s office, Tonya remembers, the physician ordered bloodwork to check for mono. When the results came in, all three of his blood cell lines were very low.

“The doctor said we needed to go to Sunrise [Hospital] immediately because they were expecting us.”

On February 6, 2009, Justin was diagnosed with leukemia.

“In hindsight, there were vague symptoms,” says Tonya. “He was taking naps in the afternoon which was unusual for him. I thought he might be faking it to get out of school. I know now that he did have what is somewhat of a commonality in these cases: he had a growth plate injury from playing basketball. In doing more research, there is a theory that a traumatic injury – when all of these things line up – can be the trigger for leukemia to present itself. He had a growth plate injury and cast on at the time of diagnosis.”

Justin’s care protocol, which included both in-patient and out-patient treatment, lasted for three and a half years.

“It was hard with Justin because he held so much in,” says Tonya. “It was difficult for me to figure out how much to talk about and how much to just let him be. I wasn’t sure if talking about it made it worse for him. He wasn’t very outward with his emotions, though every once in a while, he would break down and tell me he wanted to go home.

“I don’t really know exactly what his emotions were when he heard the diagnosis. We were very careful with our words and very cognizant of him being a child and trying to frame speaking in a way that would be less scary for Justin. I’m not sure at that age if he knew how serious it was. We tried to keep our emotions in check when we were with him and would break down in private. I was very cautious with how we reacted to things.”

Candlelighters was a support to Justin's family during this time.

“At the clinic or hospital, the Candlelighters team were familiar faces that we could count on whenever we were stressed, upset, or just needed that calming presence. It was a group of people we could depend on to help us through our journey without pushing anything on us, and they always took their cues from Justin.”

One of the most difficult parts of treatment for Justin was his inability to continue to play all of the sports he had played before diagnosis.

“When he was diagnosed, he was a major sports guy,” Tonya says. “He was the fastest guy in soccer. It was hard for him that he didn’t have those things when treatment started.”

One sport Justin was able to complete and excel at during treatment was bowling. He started bowling in the Red Rock youth league and was able to bowl throughout his treatment. In fact, Justin became so good at bowling he made the varsity bowling team in his freshman year at Palo Verde High School.

Justin completed treatment just ahead of entering ninth grade, and the family celebrated with an end of treatment party. “He did not want his party to have any reference to cancer. We had a dodgeball party at the park. The slogan was, ‘Grab life by the ball.’ We had a blast.”

Now 19, Justin graduated from Palo Verde in 2016 and is studying at the College of Southern Nevada thanks to a Candlelighters scholarship.

“With Candlelighters' help, we haven’t had to pay a dime for his education,” Tonya says. “We are so grateful not to have to carry that financial load. His bowling scholarship, Candlelighters, and the Millennium Scholarship keep him going. The scholarship puts things into perspective for him and encourages him to keep up with his studies.”

Always strong and steady, Justin has a lot more living to do and will no doubt “Grab life by the ball.”