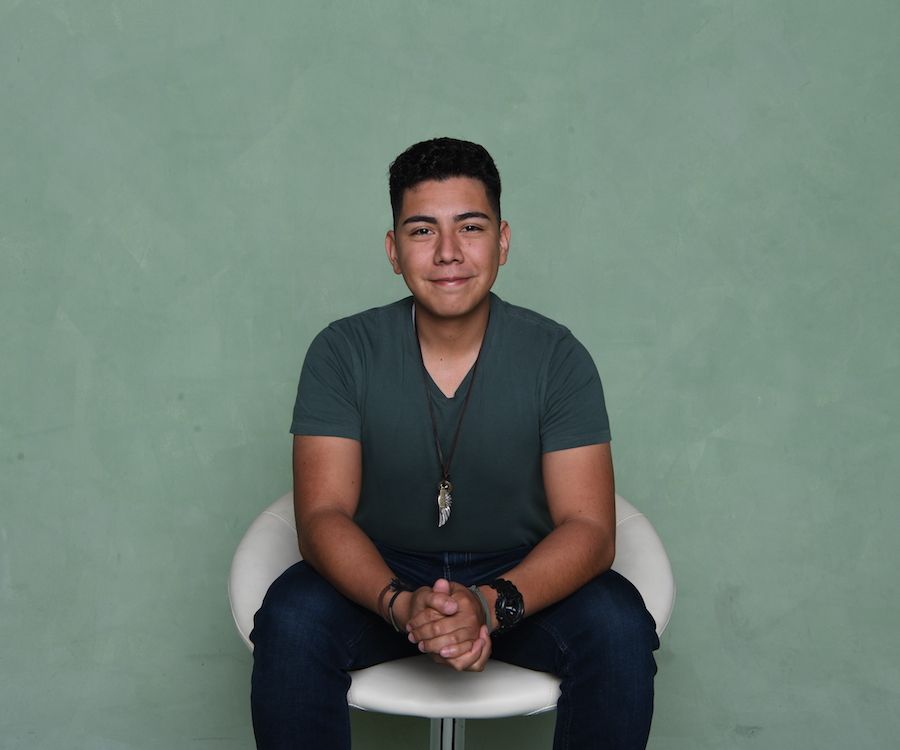 This is the story of Javier:

Javier's cancer journey can be described in three words: love, sacrifice, and friendship.

Born in Mexico, Javier was diagnosed with Hodgkin’s Lymphoma at just five years old following a series of illnesses. His mother, who had been newly promoted into her dream job, had to make an abrupt decision to leave her new role to take Javier to the U.S. for treatment.

At first, the two traveled back and forth for months so Javier’s cancer could be treated. But, the travel proved to be too much, and, ultimately, his mother had to leave the support of her family in Mexico to move Javier and his older sister to the U.S. full-time so that he could receive treatment at University Medical Center in Las Vegas.

“It was a struggle coming from a different country, learning a new language and starting fresh,” Javier remembers. “Originally, we thought we would move to California with other families nearby, but Los Angeles was too expensive, so a doctor recommended UMC for cancer treatment.

“My biological dad is in Mexico. He didn’t believe I had cancer, so he left. But, my mom’s best friend tagged along with us for support and they eventually got married. He was a big help to her. So, now I have my older sister and two younger siblings.”

At 10, Javier completed his chemotherapy having had a relapse at eight years old.

“Some of my memory is hazy, but I can remember my mom coming into the room in tears and hugging me. I didn’t know what was going on, she just said, ‘You’re going to be okay, mijo.’

“She would have to bribe me to drink the fluids for the CAT scans by telling me we could get McDonald’s if I would drink the fluid. I was too young to understand, if I was older I would have done it without hesitation."

“When you stop going to treatment at age 10, you start to understand more. As I learned more about what cancer was, I began to develop anxiety even though my treatment was in the past. I noticed during high school I was developing slower than the other kids, I was definitely a late bloomer. I had been bullied in elementary school for being bald. It was hard."

“Around 2007 I was introduced to Teen Scene at Candlelighters. That was the best therapy I could have had. I had never met other cancer survivors or patients. I didn’t want to come out and tell people I had cancer, but at Teen Scene I felt like I could talk about it. There was no pressure to feel bad for me, or for me to feel bad for you. Nobody wants pity. It made it a lot easier to digest because of what Candlelighters gave us with camp and events. It made us feel like it’s okay to have cancer.”

At Teen Scene, Javier met a lifelong friend in Trista. The two developed a special bond and today give back to Candlelighters by volunteering at Camp Independent Firefly every June.

“We do our best to stay involved, regardless of what’s going on in our lives.”

At 22, Javier now has the benefit of years to put his journey into context to help others.

“When I was younger, I didn’t have a voice. Now, I get to help others find their voice. For those who have cancer, there is no option in it. But, they can help ease the pain by seeking support from the people around them who are going through the same journey. It’s important to understand the difference between what you have control of and what you don’t. It’s all a mental game. The mind is the most powerful medicine you can have. You just need to reach your hand out and wait for someone to grab it.”