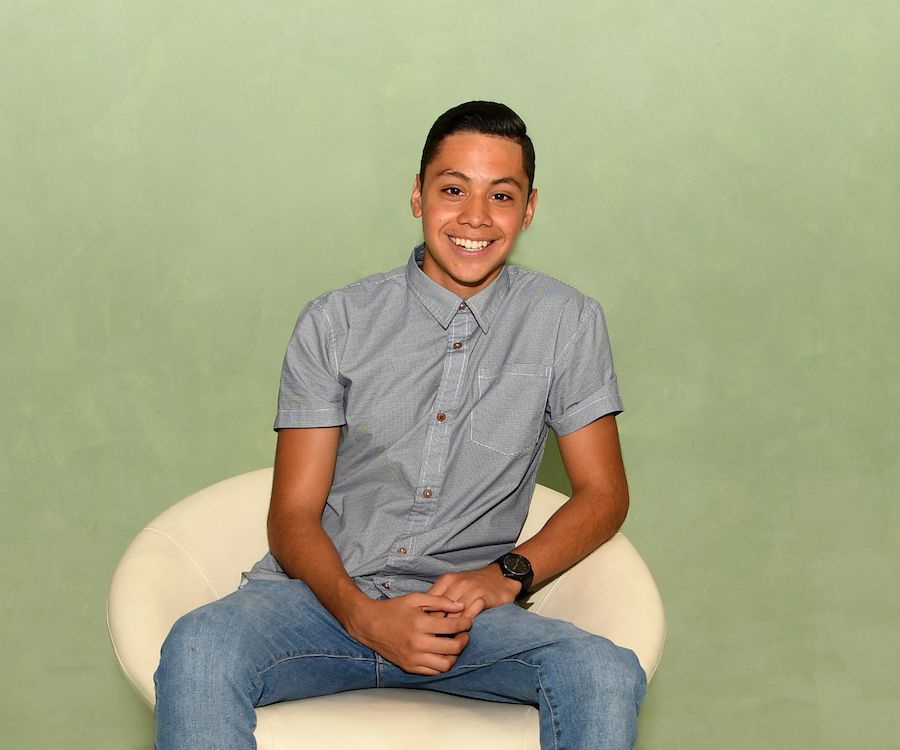 This is the story of Isaac Escobedo:

In 2006, at four-years-old, Isaac Escobedo was diagnosed with osteosarcoma.

His mother, Armida, recalls him complaining of leg pain. She took Isaac to the pediatrician and, on the initial checkup, she was told Isaac was fine. However, when the pain persisted, she took him back and insisted on x-rays and an MRI which revealed his diagnosis.

Armida says when she first heard the news, she thought the doctor must be wrong and it was hard to accept. “The date of his diagnosis is still a rough day for me because it was life-changing.”

Following ten months of chemotherapy, Isaac’s doctor told the Escobedos the best chance for his survival was to amputate his leg and undergo a procedure called a rotationplasty, which is a surgical procedure used to treat bone tumors in children that occur near the knee and limit the number of subsequent surgeries.

Armida says that despite this set back, Isaac kept his spirits up. “We didn’t have to cope as much as what you would think because he handled everything so well and we fed off of him. He was so brave and very positive. Isaac took it all in stride and he was always really happy and never had any issues.”

According to Armida, Candlelighters played a big role in Isaac’s recovery. Candlelighters was there for the Escobedos when Isaac was in the hospital and have been active in his life since. In fact, just a few years ago, Isaac was one of the “Riders for Candlelighters Kids” that participated in the 60-mile Tour de Summerlin bike race to raise funds for the organization’s mission.

“It was pretty cool,” Isaac says. “I wasn’t just riding for fun; it was going to a good cause. It was fun, but it gave me more pride in doing it, and the struggle was worth it because I knew it would help families who needed it.”

Now at 16-years old, Isaac is more reflective on why he continues his involvement with Candlelighters. “I have a lot of connections with people. Camp and Teen Scene are my favorites. It’s interesting because you’re here with a lot of people who have a somewhat similar experience to what you went through. It’s just fascinating to see that you can forget about your past and not have to worry about people thinking that you look different or thinking about what happened to you. Being with other kids who share your experience just makes you feel like you fit in.”

Armida also says it’s important for those going through the beginning of their cancer journey to remember, “God has a plan for everyone. This was his plan for us. You have to be strong because your kids will see you are strong. Have a positive attitude and reflect that. Keep fighting and never give up hope. Have faith in the doctors that they’ll get you through this journey because all you can do is move forward.”