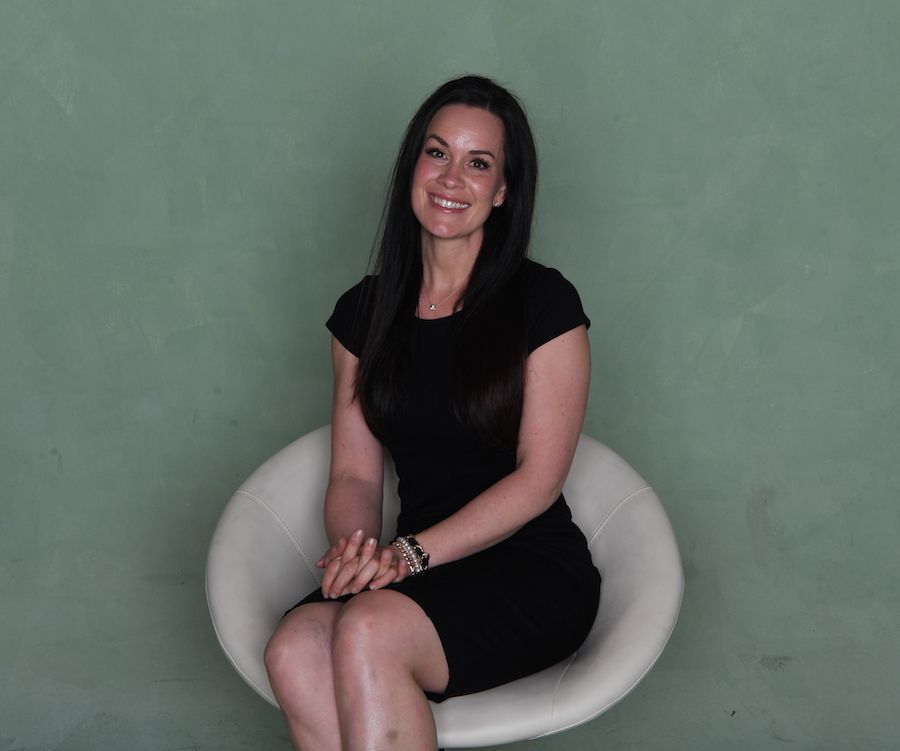 This is the story of Brittany:

Today Brittany is the picture of health. A personal trainer by trade and mother to three active boys, one would never guess Brittany is a childhood cancer survivor unless she were to confide her story.

Brittany is among some of the first children in Las Vegas to be supported by the Candlelighters organization. In 1987, at just four years old, Brittany was diagnosed with acute lymphocytic leukemia (ALL).

“My Nana, my mom’s mom, had picked up on the symptoms,” Brittany recalls. “My uncle, who was eight years old, had passed away the year before of the same type of cancer I was diagnosed.

“I actually remember most of it. We were heading to California to go to the beach for Easter weekend. My mom had noticed how pale and bruised I was but didn’t think too much of it. But, my Nana called the doctor who treated my Uncle Greg. We ran to the doctor to do a quick finger prick blood test before we headed to the beach. They took my blood and then we went home. The doctor came to my Nana’s house later that night to tell us I had been diagnosed with ALL and to talk about what we do from there.”

“My family was terrified. They had just lost my uncle. My mom was hopeless, she was ready to give up.”

Luckily, Brittany’s maternal grandfather was a doctor. He encouraged Brittany’s mother to be strong and give Brittany the strength she needed to win her battle.

“My mom had been my uncle’s bone marrow transplant donor and it never went through,” says Brittany. “My mom was my match also.”

“Candlelighters was huge for us because they helped my dad with transportation,” says Brittany.

Life went on for Brittany’s family while they were in California. Now the oldest of eight children, at the time of Brittany's treatment, her mom had her third baby. Staying with her grandparents in California allowed Brittany’s grandfather to provide emotional support to her mother and he was even able to be in the operating room during Brittany’s surgery.

“I never slept in the hospital by myself,” remembers Brittany. “One of my parents was always in the room with me. Even though I was little, my parents were very open with me. It wasn’t hush-hush. They didn’t try to censor me from anything. They were honest and that really helped me realize that they didn’t know everything, but we were all fighting for the same cause.”

Brittany’s treatment lasted for three years and she never relapsed. While the toughest part of her cancer journey was over, that experience was never far from her mind.

“It made me mature really fast. I grew up fast. I graduated from high school with about 40 credits for college. I got married at 18, had my first baby at 19. It gave me opportunities and lessons. I had learned at a young age how to deal with a challenge, overcome it and get stronger from it.

“But, I also have a lot of anxiety. Going through the process I was in the hospital a lot. If we travel to a small city that doesn’t have a hospital, I have a lot of anxiety and fear if we go somewhere without a good medical facility. I also am really fastidious about keeping my kids healthy and safe and making sure they’re eating well. When I bruise more than usual, I get my blood drawn and make sure my counts are in the right place. It’s just something that you always think of.”

Brittany was also concerned that her treatment as a child could impact her ability to conceive. “Right before I got married I went to check in with the oncologist because I had gone through chemotherapy so young, but never went through radiology, but there was no guarantee I would be able to have kids. I really thought my odds of having kids was nothing, so I was totally shocked with my boys. It was definitely a miracle.”

Today, Brittany is a mom to 14-year old Krew, 12-year old Madix and 10-year-old Nixon. “As their four-year birthdays would come up, it would bring back a lot of memories. I was so thankful when they reached that birthday and they were healthy.”

Brittany’s story brings hope to those in the thick of their cancer battle to keep fighting and never lose hope, there is a bright future waiting and life experiences perhaps not even believed possible.

“If you think you can fight it, your chances are so much better. There are days when you’re over it, you’re sick from the chemo, and I was over it. But I didn’t give up. Give it that full fight, even when it is hard.”