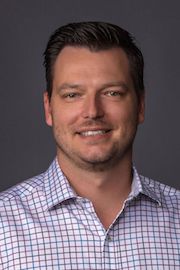 Robert Torres is Associate Vice President of the Las Vegas Land Division with Colliers International, the third largest commercial real estate firm in the world. He started working for the company in 1998.

After a career in management with FedEx Kinko’s, Robert was hired on at Colliers by Scott Gragson, to manage a growing portfolio of clients and investments. Over the years, Robert has helped in all areas of research, marketing, as well as client prospecting. He has been involved in deals that collectively total more than $1,000,000,000.

In his involvement in Candlelighters Childhood Cancer Foundation of Nevada, he is a co-founder of Camp Firefly and sits on several committees including Evening of Hope.

Fun Facts:
• Robert loves to travel the world experiencing new cultures.
• Robert enjoys going to the movies and escaping the world. He might not remember much about it, but he enjoys the few hours he's away from the real world.
• Robert leads a dance troupe at Camp Independent Firefly. They've taken 1st place the past 3 years.